Tomáš Kopecký was born in Mladá Boleslav on 11 June 1982. Having graduated from a secondary technical school and failed to get into a tertiary school for the visual arts, he worked in Prague as a pixel artist for mobile games.

In 2019 he illustrated his first books, The Insect Hotel/ Hmyzí hotel and Emma’s Christmas Diary/ Emin vánoční deník. Other works with his illustrations include Rose, Hannah and the Secret Life of the Forest/ Róza, Háňa a tajný život lesa, Miro the Badger Looks for a New Home/ Jezevec Míra hledá nový domov, Pip the Guinea Pig & Co. – Friends to the End/ Morčák Pip a spol.- Kamarádi až za hrob, and An Advent Notebook for Kids/ Adventní zápisník pro děti. His first road-trip comics Absolute Madness: Anna on the Road from Anxiety/ Naprostá šílenost – Anna na cestě z úzkosti, on which he worked with his wife, will be published in October 2021.

In his spare time he enjoys the countryside, MTB, skateboarding, board games and other games, and – above all – his family. 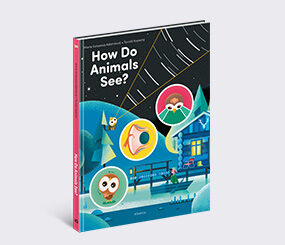